It truly is the happiest place on earth! Whether you’re a Disney aficionado or not, you have to admit, the park is amazing! This is the perfect honeymoon trip if you’re leaning towards saving money and staying in the US. Put on your matching Mickey and Minnie ears, get some good walking shoes and go Disney bound! Pick a time of year that works with your schedule and budget and be sure to get park hopper passes so that you can visit Disneyland AND California Adventure! For your stay, there are plenty of Disney themed hotels within walking distance both upscale and on the cheaper side. 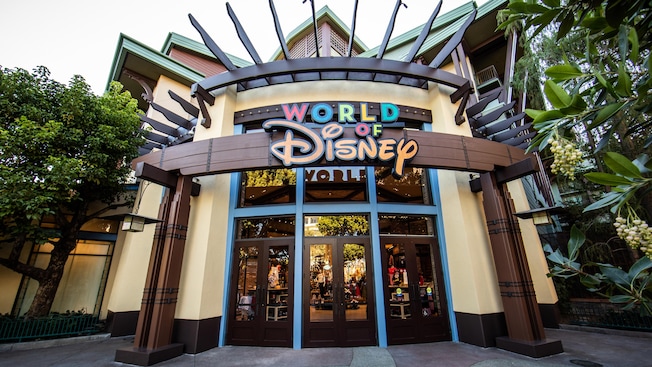 Before you even get to the park, you have to set aside a day for food drinks and shopping in Downtown Disney! Downtown Disney is a free admission outdoor shopping district with Disney themed shops and restaurants as well as some familiar faces such as Sephora and Starbucks. Located right next to the Disney parks, Downtown Disney is a casual peek at what’s to come later into your honeymoon. Occasionally there are live performers or special events going on. Be sure to check out the CrazyShake™ Window and the World of Disney to get your matching mouse ears and Disney tees before you hit the parks! Each park offers fun and thrilling rides and attractions. Disneyland is the original park which hosts the classic rides we all know and love such as, Pirates of the Carribean, The Haunted Mansion, Jungle Cruise, and the Mad Tea Party (just to name a few). But beyond the rides there are many hidden gems (and hidden Mickey’s) to be seen such as Great Moments with Mr. Lincoln, The Disney Gallery, Walt Disney’s Apartment, the mini movie theater on main street that plays classic Mickey Mouse cartoon, and so many more! Next door at California Adventure you can feel the wind through your teeth with new thrill rides such as the Incredicoaster (formerly California Screamin’), Grizzly River Run, Guardians of the Galaxy: Mission Breakout! (formerly the Tower of Terror), and Radiator Springs Racers. There are also more kid friendly rides as well as art galleries and the incomparable Soarin’ Over California. At either park, you’ll run into a lot of familiar characters, such as Peter Pan, Winnie the Pooh, Snow White, and many more depending on the time of year and what part of the park you’re at. For example, Jack Skellington and Sally only appear during Halloween and Christmas time in “New Orleans Square” near The Haunted Mansion. And you’ll never see Aladdin and Jasmine outside of “Adventure Land.” Our Picks (By price):


-For casual pizza and pasta, go to Alien Pizza Planet in “Tomorrowland” $

-For all American faire in a route 66 inspired diner, check out Flo’s V8 Cafe in California Adventure. $

-For the best veggie, chicken and beef skewers you will ever have, go to Bengel Barbecue in “Adventure Land” $

-For all American faire in an old saloon setting, go to The Golden Horseshoe in “Frontier Land” (we hear there’s can-can dancers there sometimes...) $

-For something south of the border, venture over to Cocina Cucamonga Mexican Grill in California Adventure. $

For a wine and dine experience, go to Wine Country Trattoria in California Adventure to get a taste of Napa Valley. $$

-For an experience unlike any other, we recommend The Blue Bayou. It’s Cajun and Creole food hidden away in “New Orleans Square” near Pirates of the Carribean. Notoriously pricey, but the food is incredible. If you make a reservation ahead of time (like, way, way ahead of time, months even) you can get a seat inside of the Pirates of the Carribean ride! If you’ve been before you’ve probably noticed that the first scene of the ride just before the drop there’s people over to your right eating dinner. That could be you! I hope you don’t mind the faint sound of screams while you dine! $$$ Pro Tips: For a successful Disneyland honeymoon, you’ll have to be very strategic to get the best experience out of this trip. For starters, know what the best times of year are to plan your trip down to the day of the week you choose. For example, Summer, Halloween time, and Christmas time are the busiest for the Magic Kingdom. They are also when the prices go sky high. If you don’t mind crowds and handing over some pretty significant cash, then visiting Disney during Halloween and Christmas can be incredibly magical! For those two major holiday seasons the park is transformed into its spooky (but kid friendly) autumn theme and then virtually overnight sometime after Thanksgiving everything is a winter wonderland for Christmas! If you want to avoid the big crowds and high prices, January through mid March is a good time to go, as well as mid September through mid November. Additionally, the best days of the week to plan your trip are Monday-Wednesday for value prices. (At the time this was written a value ticket stands at $104) If you can avoid having to park your car at the Disney parks, do it. The hotel’s mentioned earlier are in short walking distance from Disneyland! If you don’t stay until the end of the fireworks show and retreat to your hotel early, you’ll still probably hear the fireworks from your room, and in most cases you can probably watch from your balcony! Additionally, I cannot stress enough how amazing the Disneyland Mobile app is! It gives you a map of both parks (including restaurants, shops and bathrooms), shows you how long the wait time is for all the rides AND the schedule for certain characters and where they will be appearing. You NEED to download this before your trip it is an absolute time saver! A Disneyland honeymoon is truly a magical adventure and so much fun you’ll be talking about it for years to come!

-Arrive at the Disney themed hotel of your choice

-Stocking up on that addictive salt water taffy from Main Street

-Do it all again tomorrow!

🖤 For help planning your honeymoon or next vacation, be sure to check out Deborah and Brian Miller at dmiller@dreamvacations.com 🖤